How Can Robots Help with Forex Trading?

Technology in 2018 and moving forwards revolves around the uses of AI and the capacity to use bots and robots in order to streamline processes and make the systems we use more robust. These range from the computer addendums that help make office life easier to chatbots that help alleviate the pressures on customer service teams, to real-life robot companions who attempt to stem the tide of loneliness in more solitary communities. Robots are also used hand-in-hand with other emerging technologies; more specifically, forex. If AI is one half of the tech boom of the year, the domination of the fintech industry is the other. Combining the flourishing field of robotics with the continued development of forex trading looks to be a winning combination.

What is Forex Trading?

Forex trading – or foreign exchange, FX, or currency trading – refers to the decentralized global market where the world’s currencies trade. Average daily trading volume easily hits $5trillion. The supply and demand between currency exchange rate is a forex trade. Cashing in dollars for euros is a forex trade. Cashing the euros in for something that they are strong against, and ultimately coming back with a greater amount of money than when you started is a win, while a lower amount is a loss. These principles are extrapolated to hundreds per minute in order to create success for some larger scale foreign currency exchanges.

How are Robots Used in Forex Trading?

A forex trading robot isn’t a robot per se, but an automated computer program developed to react to signals in forex trading. The signals help the robot, as information would a human, decide whether or not to buy or sell a currency pair. The benefit of forex trading robots is that they reduce the psychological and ‘human’ elements of forex trading, which can hinder a successful trade. Forex trading robots are built with MetaTrader and make use of the MQL scripting language. Those interested are encouraged to either purchase a third-party forex trading robot, or to use the language to create their own, inputting the set of principles necessary to ensure the robot trades to human logic. Some robots are capable of making thousands of trades per second. High-frequency trading refers to the ability to make many trades per second and is often blamed for the volatility on the market. However, due to the immense scalability of high-frequency trading, returns are often far greater – and it’s down to the robots that this can happen.

What is the ‘Human’ Element of Forex Trading?

Top traders state that the ability to control emotions and to learn their discipline contribute to around 60% of most trading strategies. This can be done by organizing the trading process into right brain and left brain principles – with the logical left brain holding the necessary skills for successful trading. When it comes to trading, negative human emotions can put a dampener on a successful trade. Namely, fear, greed, and lack of discipline have been called the enemies of the modern trader. Anxieties over making a loss can lead to impetuous moves or the lack thereof, while recklessness and success can combine to give a god complex to a trader, who feels they are in control of markets. The ideal trader would be somewhere between the anxious and the reckless. That’s why forex trading robots are such a clever tool for a trader, as they are designed to be immune to the human thought processes and emotions that go alongside trading.

How to Create a Forex Trading Robot

By analyzing the markets and assimilating the profit and loss models, a forex trading robot can be easily created. Trading through a code isn’t fool-proof and anyone attempting to begin should be aware that even the best-coded robots can fall prey to the markets. The programming language is fairly simple, and MQL4 shares similarities with popular languages such as PHP, C, C++ and VBScript. Initially, the amount of market data needed before a trade is made should be inputted in order to ensure the robot trades with all known facts. Many suggest using an SMA (Smooth Moving Average), which predicts bull and bear entry and exit signals. The SMA helps hone down the information to cut the clutter and focus on the trade at hand. The support – when the SMA is below the price – and resistance – when the SMA is above the price – are then mapped. The code should include a method to check the crossover. Ultimately, all coding robots are programmed to buy support and sell resistance. A cross in either direction should then elicit the robot to either buy or sell. 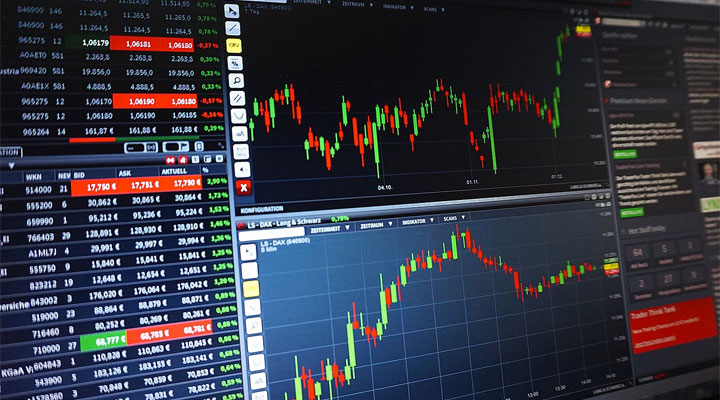 Robots don’t give a foolproof method when it comes to forex trading, so traders should be mindful of several common issues that can hinder your trading experience. Initially, many traders believe that the more time spent in front of the trading screen and the greater the number of trades made will enable them to be more successful. However, this is known as over trading and can lead to early burnout and loss of capital. Instead, a steadier systematic approach should be applied that doesn’t involve any major wins or major losses. However, the use of a forex trading robot can help eliminate this problem, which is down to the innate human condition and the fight or flight and fear and greed that may fuel the trader. With parameters for limiting great losses, a robot taking over forex trading can actually fix some of the common issues that surround human-focused traders.

Using robots for forex trading is just another example of how the future of technology can combine to alleviate some of the pressures we have. Forex is still safely nestled within its industry but, as with bitcoin’s boom into the general market, the greater fintech as an industry becomes, the more likely the general public will be to try to get involved with the trends. By working on developing better working forex trading bots now, by the time forex trading takes off in the mainstream, the technology will allow for even greater moves forward.