Creative's Fatal1ty-endorsed headset improves upon a few of the problems of its wireless counterpart, and is a very strong product that stands well even without comparison.

Audio without wires might be a good thing for some gamers, but anyone who suspects that there might be the merest possibility of wireless interference will run for the hills before bringing a wireless headset to battle. If nothing else, the Fatal1ty HS-1000 shows that Creative knows its market: the headset shares many of the features of its HS-1200 wireless sibling – including the use of X-Fi technology as its sound processor – while soothing the fears of the hardcore by using a wired connection (and obtaining the endorsement of Johnathan \”Fatal1ty\” Wendel). However, the two headsets are not the exact same product – today, we’ll be looking at (and comparing) the differences.

Closer inspection of the Creative Fatal1ty HS-1000 reveals that more than just a wire is separate from the HS-1200 wireless headset. The headband on the HS-1000 is half an inch wider than the HS-1200, with a flatter crown. The band itself is made entirely out of thick black plastic instead of plastic-wrapped in leather and the HS-1000 has more padding, too: almost three-quarters of an inch in a black-fabric-covered foam strip at the top of the head band’s arch. 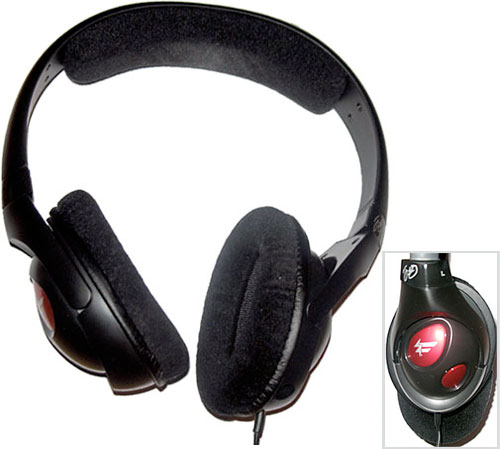 Black plastic cradles labeled L and R (with a print of Fatal1ty’s signature on the left cradle) hold ear cups that are oval to the HS-1200’s round, with a diameter (at the cups’ thinnest point) that’s larger by a quarter of an inch. Both headsets have the same thick padding around the rims of the cups to protect the ears during extended use, but as with the padding on the headband, the HS-1000 uses black fabric over foam instead of leather. On the back of the cups are red plastic insets with the Fatal1ty logo that look a bit like insect eyes. Measured side by side, the two headsets are about equal in height; the extra length in the ear cups extends up towards the headband, which seems like a logical positioning. 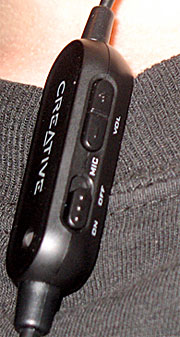 On the front side of the left ear cup is a jack for the Fatal1ty HS-1000’s detachable microphone. Overall, I don’t like this arrangement as much as I do the swivel mount on the HS-1200: making the microphone removable may keep it from being an impediment when you’re not using it, but it also increases the chances of losing the piece when you’re not using it. The microphone attachment has a gooseneck for adjustability and a foam pop screen.

The Entertainment Mode Console is Creative’s name for the volume and effects control applet included with all X-Fi hardware, including the HS-1000. For a full description of its features and limitations, please see our review of the HS-1200. Note that the HS-1000’s problems with volume level are not quite as severe as those of the HS-1200; in general, I found that I could my ears comfortable with a volume level between 10 and 15 percent.

Before we get into specifics of use (music versus gaming, XP versus Vista, etc.), some general notes.

Most people enjoy an all-in-one solution if they can get one, so I put the HS-1000 through its paces playing music through iTunes. As far as sound quality goes, on a scale of 1 to 10, the HS-1000 is a solid 8, with a far better balance between high and low end sounds than the HS-1000 and a better bass response. This better balance, I suspect, is due primarily to the ear cups fitting entirely over the ears, reducing the amount of sound that can escape before it has a chance to enter the ear.

Surround emulation is also much effective in the HS-1000: X-Fi CMSS-3D doesn’t turn stereo audio files to mud when activated and it did a great job on my DVD test, the opening battle scene from Saving Private Ryan. If music or movies are your primary thing, I wouldn’t recommend making the HS-1000 your primary listening device, but it does a more than acceptable job serving in this secondary capacity.

I play tested the unit with three games: Battlefield 2142, which uses Creative’s pet sound standard, OpenAL; Medieval II: Total War, which includes EAX X-Fi support; and Call of Duty 4, which has neither. I tested both games with X-Fi CMSS-3D enabled and disabled while running Windows XP. Tests focused on my ability to tell positioning of sounds (mainly gunfire) in the online environment both games provide, simulating the experience the average gamer would encounter using these headphones.

Not surprisingly, Battlefield 2142’s OpenAL compatibility gives it an instant fit with the HS-1200 and eliminates the need to use the X-Fi CMSS-3D emulation to simulate surround programming. While playing the game, I had no problem picking out the relative position (with about as much accuracy as I’d probably have in real life) of enemies around me and found I was able to use the aural information the game gave me to make better decisions about the best times to look and the best times to duck. 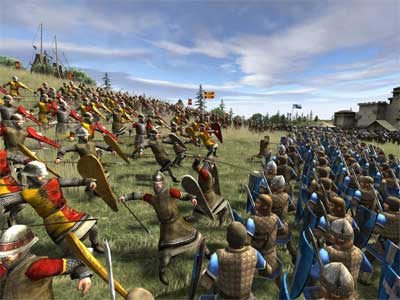 I found similar results in Medieval II: Total War. Enabling X-Fi in the control options introduced a surround environment, which became particularly immersive (a bit like a war movie, actually) when I used the camera to zoom into action while fighting battles. 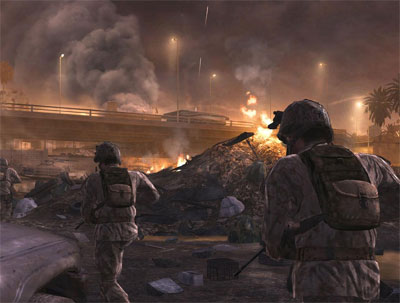 Call of Duty, on the other hand, required the tender mercies of X-Fi CMSS-3D to achieve surround mode. The results were actually about as good as those achieved with OpenAL: plenty of positioning data to give a good sense of when someone’s sneaking up to kill you, with a level of effect consistent in what I’d heard in other games and during my DVD test.

Microsoft’s decision to remove Direct3D Hardware from Windows Vista changed how games process sound – and gave Creative an opening to push broader acceptance of OpenAL. As a part of that acceptance, all Audigy and X-Fi soundcards support a program called ALchemy, which acts as a translator between Direct3D games and Vista, allowing the programs to use EAX. To test how well ALchemy works with the HS-1000, I installed Call of Duty 2, a Direct3D game compatible with ALchemy.

Much like the HS-1200, the HS-1000 sounds great with ALchemy, reproducing surround signals without the need for additional processing through X-Fi CMSS-3D and on par with anything I had heard while playing games on Windows XP. Getting to that point required a bit of work, however: after several hours spent trying to determine why Vista could not find the HS-1000 driver, I fixed the problem with an update downloaded from Microsoft through Windows Update. Since Creative claims out-of-the-box compatibility with Vista, this problem was more than a little troubling, but its successful resolution makes me feel better about its performance overall.

Overall, the Fatal1ty HS-1000 not only corrects a number of the problems with the HS-1200, but stands well on its own two feet as a piece of gaming technology, displaying above-average results in both surround emulation for gaming and non-gaming usage, a comfortable fit, and acceptable sound quality. There are some design flaws to mention again: the implementation of the microphone, the placement of the controls, and the software issue I had while installing the HS-1000 in Windows Vista, but none of them are enough of a deal breaker to reduce my recommendation. All in all, I’ve found a new favorite headset.

Pricing is last updated by Amazon on 2022-05-20 at 10:00.  When you buy through Amazon affiliate links on our site, we may earn an affiliate commission.