The video streamer is as easy to use as it is to setup. Since your PC just sees it as another monitor, you need not worry about software incapability. Unless it's Blu-ray, you shouldn't have a problem playing back your media. 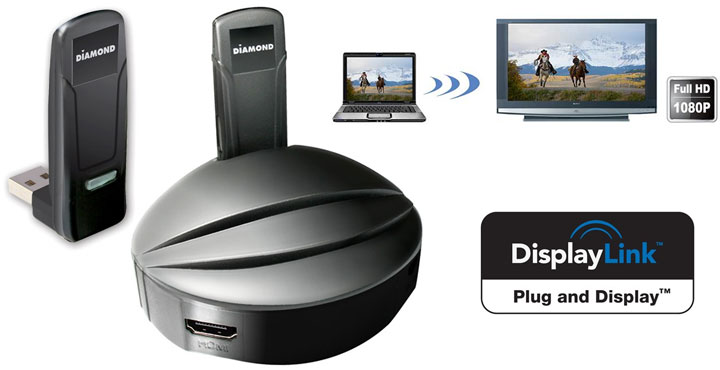 Turning any old laptop into a wireless HTPC is a dream that many people have as it allows you to get even more value from your laptop, without actually tying up the laptop when you are not watching TV. One such device which allows just that is the Diamond VStream; it is a wireless media streaming device that does not require specialized software to properly output your HD media from your laptop to a big-screen TV. More importantly, the streamer is powered by Certified Wireless USB, not WiFi nor WHDI. How does it work and how well? Let’s find out.

The very first thing you will notice when you take the VStream out of its box is how small the base station is. In fact, with its Lilliputian dimensions (3.4″ x 3.4″ x 1.6″) and weight (0.10 lb.), few if any will have troubles finding room for the VStream in their home entertainment system setup. The inherent disadvantage to the Diamond VStream’s size is that there is only room for a single HDMI output on the back.

This unit has no component, no composite, and no separate digital audio output options. This is perfectly fine if you are running it directly to your HDTV, as the digital audio and video signal will go over the one cable. If you have an aging amplifier or TV without an HDMI input, the VStream may not be right for you and your needs.

On the bright side, one very nice feature the VStream base station boasts is its dual USB ports, one of which is a vertically oriented and the other horizontally. In its default setup, the horizontal is hidden by the rotating plastic cap on the front of the base station, but to gain access to the horizontal port all you need to do is remove the USB receiver push gently on this hinged cap (which is nicely stippled for a sure grip) and the horizontal USB port appears. 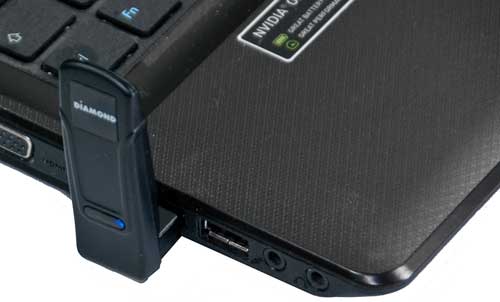 This kind of setup should make getting a strong signal from the wireless USB adapter plugged into your laptop a lot easier. Signal strength is critical to getting an seamless experience with any wireless – line of sight only – streaming device. Not every setup will be the same and sometimes small things such as antenna orientation really do make the difference between a great experience and a less than optimal one.

Much as you will be impressed by the base station’s small footprint, you will be really impressed by the USB dongle which plugs into your PC or laptop. It is not only angled 90 degrees, it is also extremely thin compared to most wireless USB adapters and should not block adjacent ports.

The only software you need to install on your system to get the Diamond VStream setup and working is one simple program, aptly named Wireless USB Manager. When you install this program, what you are also installing is the necessary software to set up the VStream to be seen as just another DisplayLink “monitor” – just one that happens to be wireless in nature. This really is going to make life simple for most people. All you need do install this program once, plug in the USB wireless adapter, and set your video output to the “second monitor”. There’s no need to mess around with specialized movie playing software. If you know how to plug in a second monitor to your laptop and use it to watch movies on, you will easy figure out how this device works. If you have ever used a DisplayLink product such as the IOGEAR HD video adapter, then you will be up and running with zero issues.

The only thing you really need worry about is making sure you have a good and strong signal. This is easy to figure out, as the Wireless USB Manager program tells you exactly how good a signal it is getting from the base station. If you run into any interference issues, the advanced features tab will allow you to tweak the channel and other various items which should make for as best a reception as possible. In testing, none of this was needed as 28 feet line of sight distance resulted in full bars reception. 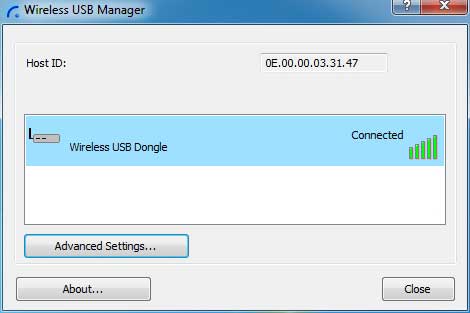 I really cannot stress exactly how good a setup this is. It really will take you longer to plug in the various parts and cables, than it will to install and use the software. Within minutes you will be sitting back and watching a high definition video on your HDTV via your laptop.

For video testing, I used 1080p video using various Codec’s using of various length (everything from 30 minute anime episodes to 2+ hour movies) and sat down over a period of a three days and watched them using my Asus K52J laptop and Diamond VStream. For music I used everything from high bit rate MP3 files to FLACC to Ogg Vorbis to WMA music files. This is what I found out.

When it comes to this unit’s abilities to handle media, be it audio or video, the experience is mainly going to be limited to what you own. Unless you have any DRM video that requires an HDCP connection over HDMI, you should be able to watch it using the VStream. This means no Blu-Ray playback, unless you have first circumvented the built-in DRM. However, for NetFlix, YouTube, Hulu, or any other web TV, you shouldn’t run into any troubles as videos aren’t protected via HDCP. 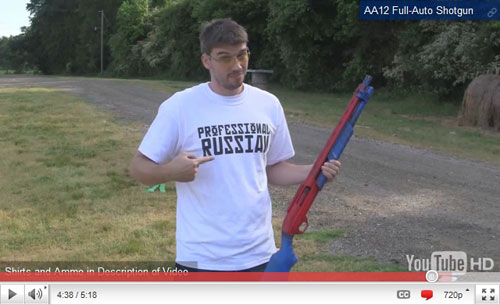 While there was some noticeable (minor to moderate) bit-rate degradation, the overall picture was very good. You really will have to be looking for differences between the picture quality on a wired HDMI connection vs. the VStream; and from normal viewing distances this really is a non issue. It is also a non issue if you have a smaller HDTV, as it really was only every once in awhile my rather large big-screen HDTV would highlight the compression required to stream the video wirelessly over a USB 2.0 bus limited device. With that being said, once the movie started playing, I never noticed any pauses, stuttering or any other issues commonly associated with wireless streaming. There was on occasion some lag on start up, but once the movie actually started playing the experience was very enjoyable. The start-up lag was more prevalent with 1080p hit bit rate encodes and rarely happened with anything less than that. To be blunt, it is much better to have a less than optimal picture from time to time (which takes a couple seconds to start), rather than a “perfect” slide-show of a movie. On the positive side, audio was always crystal clear, with no degradation. 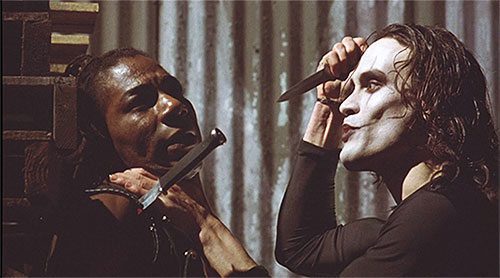 One minor issue worth pointing out is the lag between mouse movement and onscreen pointer movement. It is not enough to make things unbearable, but it does take a bit of getting used to as you may – at first – have a tendency to over shoot what you are “aiming” for. The same can be said of typing in things in any search engines. You will get a pause between it happening on your laptop and it happening on the screen. This is very common for this niche, and it is not just an issue with this particular device; rather it is simply a limitation of the technology all these devices are built upon.

With a hassle-free setup, coupled to the fact the VStream is seen as as just another monitor to your laptop’s OS, the end result is the Diamond VStream is an extremely user friendly device. You need not be a Computer Science graduate (or hard core “computer geek”) to use it. If you know some of the basics of computing you will be up and running in no time.

While you end up paying a touch more for this device compared to a dedicated media appliance such as the Asus O!Play or Patriot Box Office, the Diamond VStream is a wise investment. As long as you keep your laptop within 30 feet of the base station and they are in line of sight with each other, you can transform that laptop in to a budget HTPC. A budget HTPC which will give you a very pleasurable home theatre experience; one with very few issues to worry about.

Pricing is last updated by Amazon on 2023-01-30 at 04:00.  When you buy through Amazon affiliate links on our site, we may earn an affiliate commission.

One response on “Diamond VStream Review”