As anyone who has ever lived through a major disaster knows, the first thing – besides civilized behavior – to go is electricity. We all take electricity for granted, but when the “crying times” come around, things like fully charged batteries in a radio can mean the difference between life and death. While it may be designed for less extreme scenarios – i.e. weekend hikers and campers – the PowerPot is in fact the perfect tool which should be in anyone’s “bug out bag” / disaster preparedness bag. 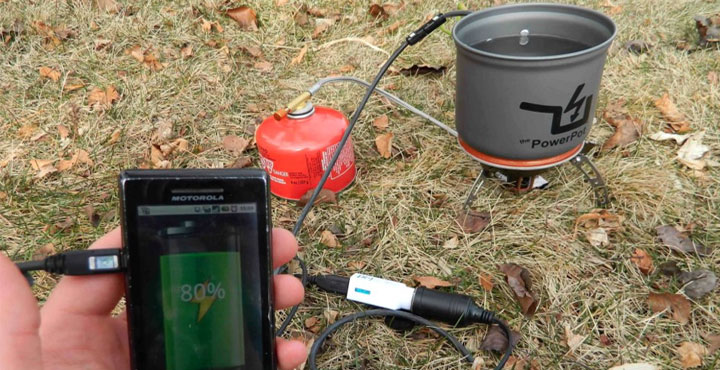 Unlike solar based chargers which only work when the sun shines, the PowerPot relies on heat to make electricity. This is because inside the PowerPot is a thermoelectric generator which can easily transform any wood or any large source of heat into a 5w (for the PowerPot V), 10 watt (PowerPot X) or even 15 watt (PowerPot XV) power generator.

With its built in USB 2.0 cord, this means nearly most devices from smartphones to iPads can be recharged from simply building a fire; something which should be pretty high up on your priority list anyway. Of course, the PowerPot is still only in the planning stages so while it remains to be seen if you will ever be able to actually buy one. If the day ever comes, expect to spend $125 to $500 for one of these handy little devices.

When people find themselves off the grid for extended periods of time, everything from fancy GPS units to smartphones eventually stop working. For these times, thermoelectric or kinetic chargers can certainly get the job done but both require a more hands on approach.

The Hydrobee, on the other hand, only needs running water. Tow it behind your boat, stick it in a fast flowing river, or even just put it under a water faucet for 3 hours, this is all you need do. No walking, fire-starting or sunny days are needed as the Hydrobee is a hydroelectric generator.

Hydroelectric generators are certainly not new, but the sheer simplicity of the Hydrobee does make it standout. It consists of few parts, most of which can be printed out on a 3D printer, and its replaceable power pack is only the size of a 12 oz. can of soda. All of these help make it easy to transport, repair and even replicate in remote regions of the world.

The Hydrobee does not just create electricity and transfer it to connected devices; rather the Hydrobee charges six internal AA batteries which then can be used to recharge other USB devices (1 amp. max. output) at a more convenient time. Add in its compact and highly portable form factor and the Hydrobee is tailor made for parts of the world where finding flowing water is not a problem.

Most green generators require either running water, heat or walking an extra mile or twelve to make electricity. However, waiting for these to recharge your mobile devices is a test of patience. Making this process an enjoyable pastime makes perfect sense and that is exactly what the SOCCKET is: a soccer ball (a.k.a football) shaped portable generator that you kick to create electricity.

The genius of this generator is that it literally looks and acts like a soccer ball. You and your mates simply kick it around and by the end of the game, you can plug in a smartphone by revealing the concealed USB port and get free energy. How the SOCCKET – priced at $99 – is able to do this is pretty simple.

In center of the leather and foam clad ball, there is a small pendulum attached to a miniature generator which in turn is attached to a battery pack. Every time the ball is kicked (or rolled), the pendulum swings, and the generator converts this kinetic energy into elector, which is then stored in the batteries.

Mix in a healthy dose of sophisticated engineering, sprinkle with USB connectivity, and the end result is a lightweight generator that can charge a phone or power a USB light. The company claims that as little as 30 minutes of play time equates to 3 hours of light.

The real genius lays in the fact that this 17 oz. ball is only a tad heavier than a regulation football, and never needs to be inflated nor deflate. The only catch is that the output is limited to 6 watts so you will not be able to charge an iPad, but that probably will be solved in SOCCKET 2.0 which we are sure is going to be made at some point.

If you are already enough of a conservationist to be biking long distances, this gadget may shoot to the top of your wish list. The Pyle Bicycle Charger is a fairly traditional pedal powered dynamo with a USB twist. Pressing the crank wheel against your tire as you travel, the dynamo generates electricity to power an LED headlight. 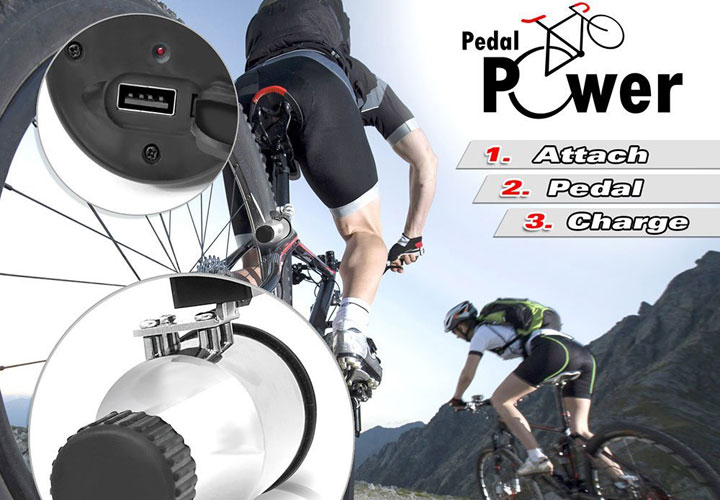 During the day, you can make use of its attached USB port to power any USB charging peripherals you might need, such as a cellular phone or music player. At night, please make use of the included light system. The charger also has its own internal lithium ion battery that can store power for your devices for later. The 700 mAh would require roughly a 10 mile bike trip at normal speeds for a full charge. This should be just enough top fully charge an average cell phone at least once.

Tapping green renewable energy has never been so easy with a bewildering choices of solar USB chargers flooding the market. The goal of these green chargers is basically to capture the maximum amount of sunlight through its smallish solar panels. Yet there isn’t an one-size-fits-all solution but we think Quirky’s latest Ray might be what most of us are looking for. 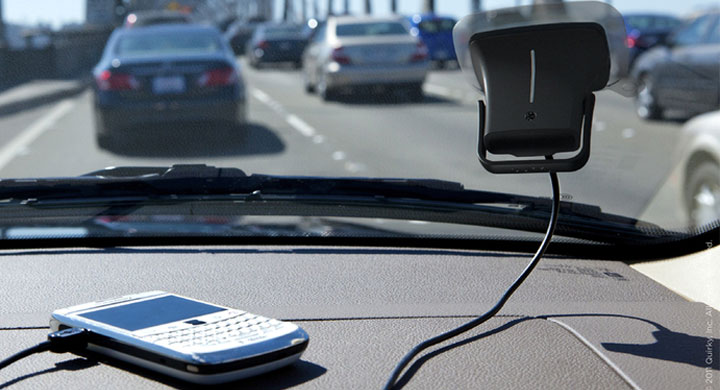 What’s so special about the Ray is the silicone suction cup around the solar panel. This has the inherent advantage of allowing you to stick the Ray to a window in the sun’s direction. Pictures show the Ray attached to a vehicle’s windshield and to a plane’s window so you can easily see the Ray’s benefit compared to competitors. Additionally there’s also a kickstand that swings down for stability on a desktop. Just like other solar USB chargers, the Ray only has the juice to power one smartphone. So don’t expect this to jumpstart your dead iPad.

This tiny device, which looks like the Fantastic Planet version of a Bonsai tree, has 27 solar panels for leaves. The panels can be rotated and rearranged for personalization or solar collection optimization. They soak up sunlight and store electricity in the base. 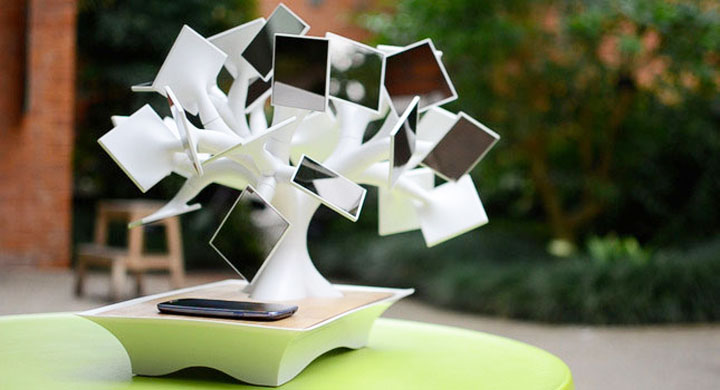 A healthy 13.5Ah battery sits in the base of the Electree with a USB connector for charging almost any device. That’s about 10x more capacity than a smart-phone battery and the Electree can fully charge it in about 36 hours of sun. Depending on your weather and distance from the equator that works out to about 6 days at the outset. This should mean that with proper placement in a window, it could charge your cell phone fully every day, even a battery-guzzling smartphone.

The Electree is the brain-child of french designer Vivien Muller. His intention was to find an aesthetically pleasing way to bring solar energy into daily life. His new mass-production ready model of his smaller original design is waiting on 400 green-thinking gadget lovers before he can start production. This would make a great gift for anyone with a phone and a window. If the 400 pre-purchase commitment is hit, they will ship before the new year. At the time of this writing 84 had already signed on.

That’s all for now. Hope you enjoy finding these eco USB chargers suited for your needs. If you find anything else that belongs to this list, please let us know by leaving your suggestion or comment below.

One response on “True Eco-friendly Chargers for Your USB Gadgets”